Britney's court testimony on the conservatorship 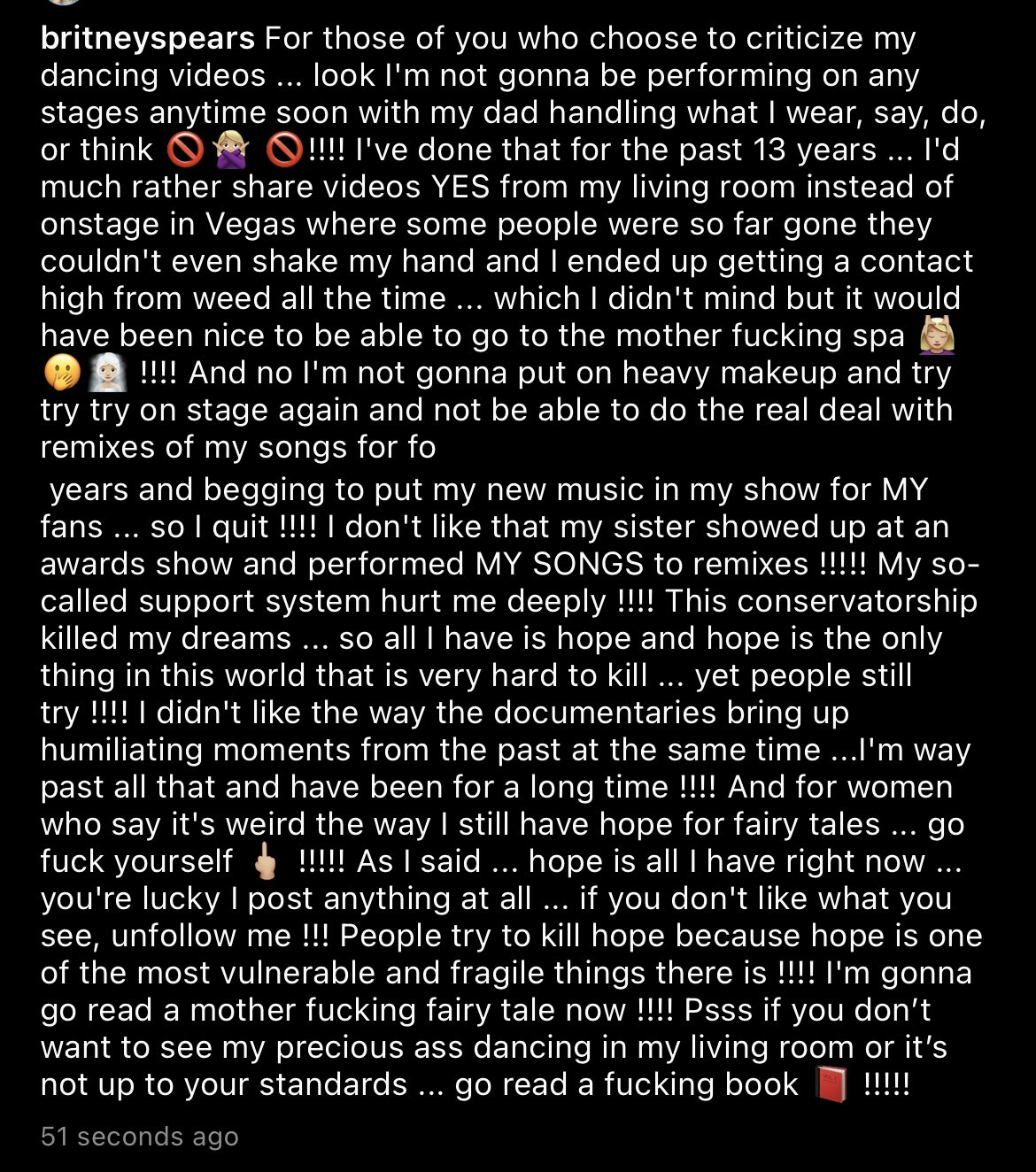 I'm listening to the "Toxic: The Britney Story" podcasts now, and riveted.

supermassive said:
The moment in question

And there's more! I'd be pissed too - what a RACKET!

She‘s not even GOOD!

Jamie Lynn keeps liking the shady posts about her. What is going on?

oh so you thought the fairytales thing was childish? GO FUCK YOURSELF

You don’t like my dancing in my house? READ A FUCKING BOOK

It would have been nice to have been able to go to the mother fucking spa.

BATTLE FOR YOUR LIFE

It's hard to overestimate how many cultural resets this queen has given us. She reinvented pop. Then she reinvented celebrity. And now she's reinventing the legal process and human rights. All without ever realising she was doing it. Her power.

Loufoque said:
It's hard to overestimate how many cultural resets this queen has given us. She reinvented pop. Then she reinvented celebrity. And now she's reinventing the legal process and human rights. All without ever realising she was doing it. Her power.
Click to expand...

That little devil look in her eyes

The hearing may have been moved up from the December date to September as there is already a hearing scheduled then.

Ooh so her mother is providing a "supporting declaration"

Am hoping she will still sue everyone though and that they will all rot in jail.

WAIT. SO BRITNEY IS FREE?
Z

Pipo said:
WAIT. SO BRITNEY IS FREE?
Click to expand...

Kinda, she'll be assigned a court appointed professional conservator in the interim but now that's there's no one in the court advocating for the ongoing conservatorship (on top of the doctors backing Britney's claim that she doesn't need a conservatorship) it will be a lot easier and faster to end.

Will need to take the entire conservatorship down for her to be really free, but her dad was fundamental.

Pipo said:
WAIT. SO BRITNEY IS FREE?
Click to expand...

not yet beb. she will get an interim conservator I think, he's just conceding the race, like a presidential candidate who didn't take Florida.

Stronger was on the radio when I drove home from work.

Britney Spears' recently selected lawyer, Matthew Rosengart, welcomed the news of Jamie Spears' filing, but also said his firm would continue to examine how the conservatorship was handled.

"We are pleased that Mr. Spears and his lawyer have today conceded in a filing that he must be removed. It is vindication for Britney. We are disappointed, however, by their ongoing shameful and reprehensible attacks on Ms. Spears and others," Rosengart said in a statement.

"We look forward to continuing our vigorous investigation into the conduct of Mr. Spears, and others, over the past 13 years, while he reaped millions of dollars from his daughter’s estate, and I look forward to taking Mr. Spears’s sworn deposition in the near future," he continued.

"In the interim, rather than making false accusations and taking cheap shots at his own daughter, Mr. Spears should remain silent and step aside immediately." 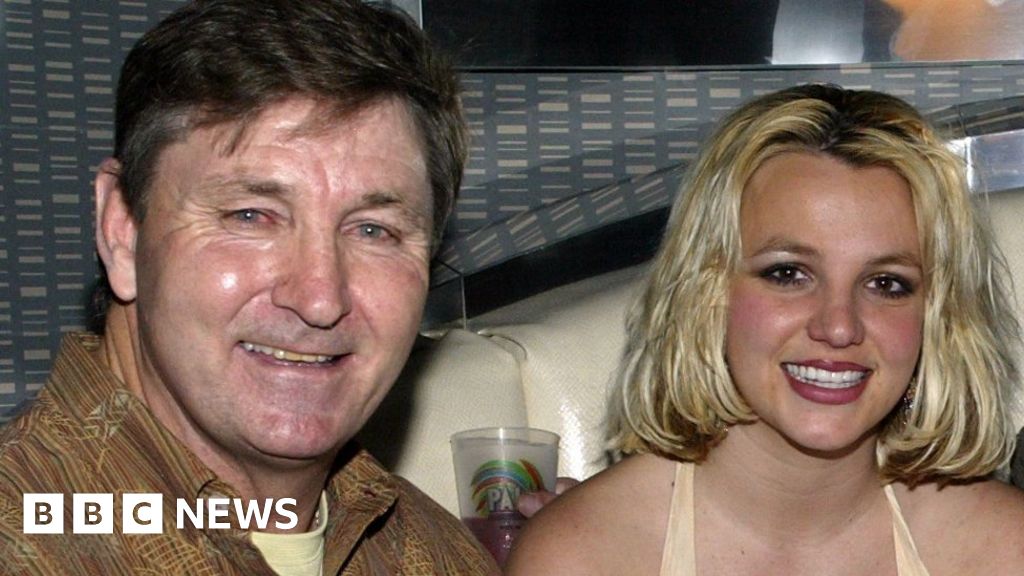 The pop star's father has been accused of trying to extort his daughter before departing the role.
www.bbc.co.uk

In new documents filed to court this week, Britney's lawyer alleged [Jamie Spears] is demanding two million dollars (£1.45 million) in payments to his own legal team and former business manager Tri Star, as well as praise for his handling of his daughter's conservatorship.

Jamie Spears just filed a petition… to end the conservatorship.