Rumours circulating from the district of Croydon are that this comeback single has the energy of The Girl but the spirit of Hero. The writers of the song include Thomas G:son, who has made more contributions to helping the aged than Stannah Stairlifts, and Bobby Ljunggren, who saved Anna Bergendahl from having to pursue a medical career.

The stars are aligning for a triumphant return to the Melodifestivalen final, with many Scouse insiders believing she could benefit from the split vote of Danny/Eric Saade/Tusse/Anton Ewald and win the entire competition.

The promotion for this campaign has included Perrelli locking herself in a castle for several weeks in Sweden’s highest rated television show, and the double punch of this forthcoming documentary, in which Perrelli manages to make the pandemic all about her:


Noted dead person Anne Boleyn has been quoted as saying: “it’s a lucky thing that I’ve already been executed because I can’t face dying all over again when I hear this max track!”

The question is: are you ready?

I don’t think one can be ‘ready’ for something on this scale. People are going to die and lives are going to be changed forever and we just have to accept that.

When is the tie-in merchandise being released? Itching to buy a Charlotte Perelli wheely suitcase.

David 5000 said:
When is the tie-in merchandise being released? Itching to buy a Charlotte Perelli wheely suitcase.
Click to expand...

I’m after the Charlotte Perelli home pregnancy test. In honour of the great woman itself, the only result it returns is ‘barren’.

Sheena said:
She’s so coming 6th in her semi, isn’t she?

Only if one of the other participants drops out.

We're all Angles in Chainz

Maybe there’s a chance she’ll make it, if everyone else is struck down by covid

Still Young is quite the

Well it can’t be worse that MITT LIV

The title always puts me in mind of this iconic mess, which would of course only have been improved by having La Diva Perrelli sing it.

I keep reading the topic title in a 'live update' sense

It must be a very confusing forum for guests who come and peruse the list of recently updated threads.

Will said:
It must be a very confusing forum for guests who come and peruse the list of recently updated threads.

Not to mention 'Wednesday shat in Cwej's bidet' and an entire topic for Challenge Anneka. No wonder VV thought we were all mental.

This comment has been reported. I’d like to give you the opportunity to apologise to Ms Perrelli, whoever the fuck she is, in case she stumbles across Moopy while definitely not googling herself.

Kate said:
I’d like to give you the opportunity to apologise to Ms Perrelli, whoever the fuck she is
Click to expand... 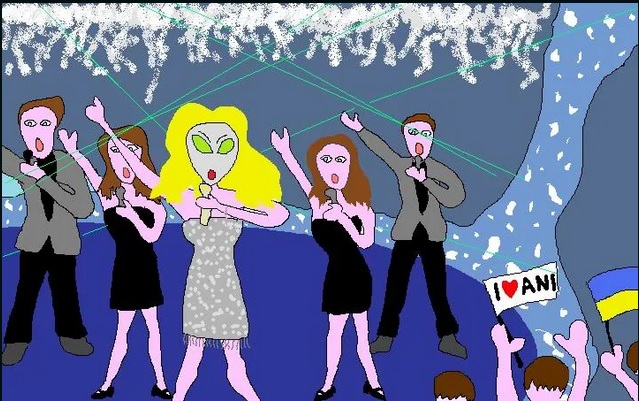 Is that a Doodvid drawing?

@Doodvid, log back in and tell us if it's you or not please

Kate said:
This comment has been reported. I’d like to give you the opportunity to apologise to Ms Perrelli, whoever the fuck she is, in case she stumbles across Moopy while definitely not googling herself.
Click to expand...

I'm actually out of stock of moopy apologies, but I will lip sync to The Girl later instead.

TIMES MOVING ON
BUT ITS NEVER TOO LATEEE

What was everyone's favourite bit of #StillYoung?

Mine was when she made that shrill noise in the second verse that made her sound like a 13 year old boy whose voice is breaking, only for it to turn out that was deliberate and it's also in the studio version.

ButterTart said:
What was everyone's favourite bit of #StillYoung?
Click to expand...

ButterTart said:
What was everyone's favourite bit of #StillYoung?
Click to expand...

When it WON Melfest

Tisch said:
When it WON Melfest
Click to expand...

And it DID, let's be honest.

I think I was more pleased for Mopsy than anything else; it's so rare for a recent Melfest song to deliver on the scale this did.

This song will never not remind me of the Moopy JQBX and the CONFETTI.

Did anyone ask for a REMIX PACKAGÉ?

LOVE the first one!

Tisch said:
Did anyone ask for a REMIX PACKAGÉ?

Well those are the most uninspired remixes I've ever heard.

The CLUB EDIT is making me feel PARTICULARLY YOUNG.

I listened to the remixes for 2 hours while working out tonight and I have to admit, I have NEVER FELT SO YOUNG. Highly recommended.

You work out for TWO HOURS?!

Soldi said:
You work out for TWO HOURS?!

Once I was just like you - but then Charlotte's NYT bestseller guided me to fitness and strength.