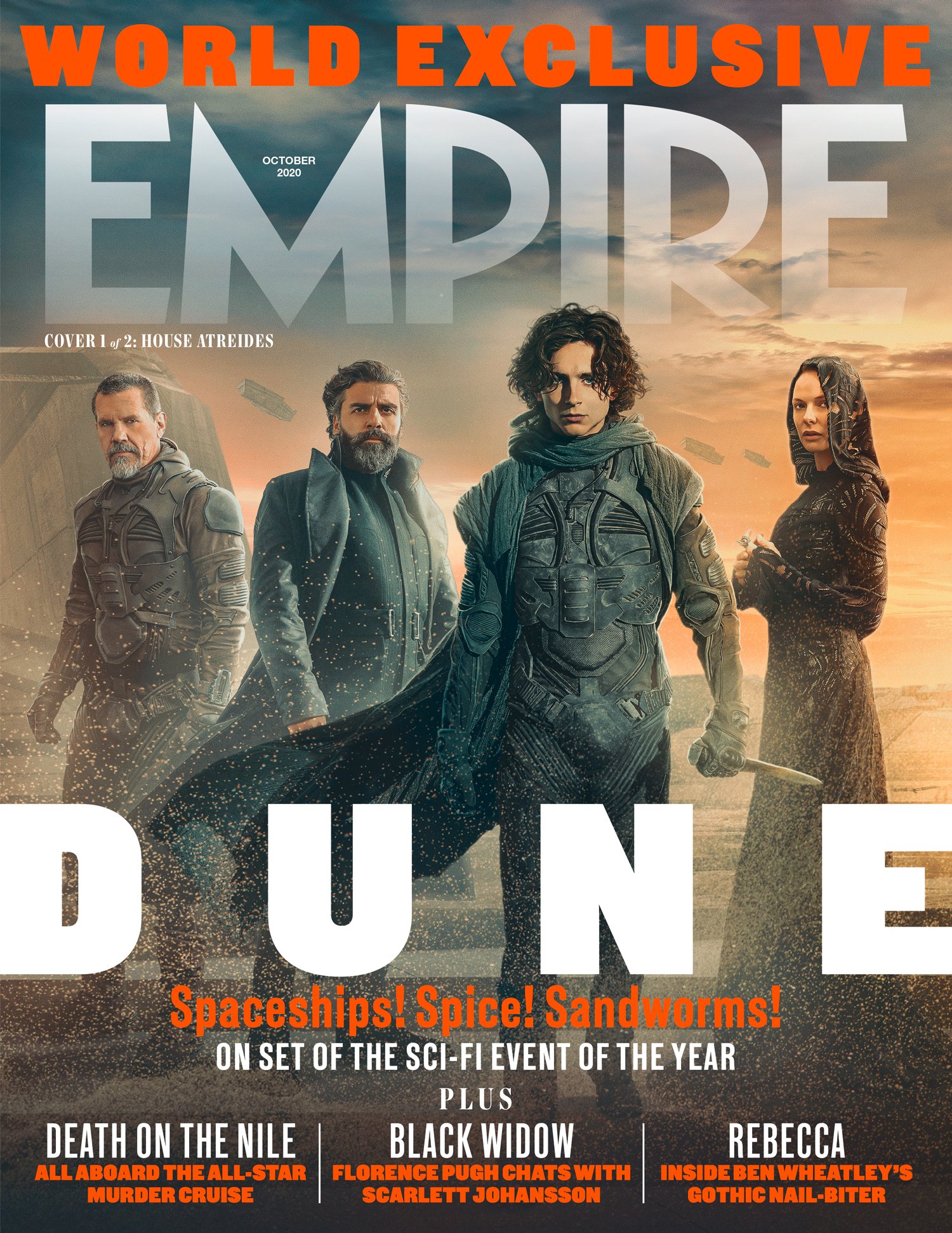 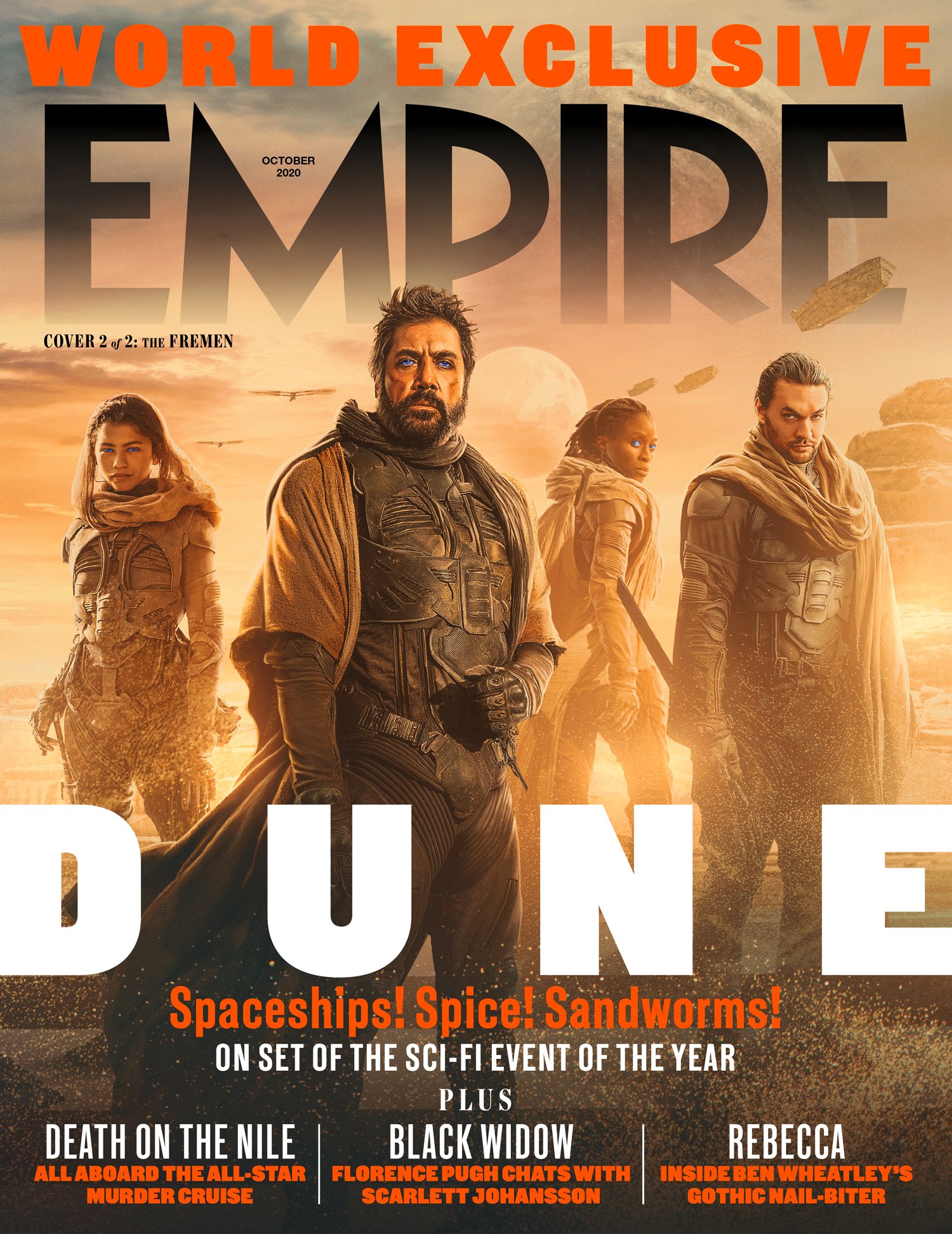 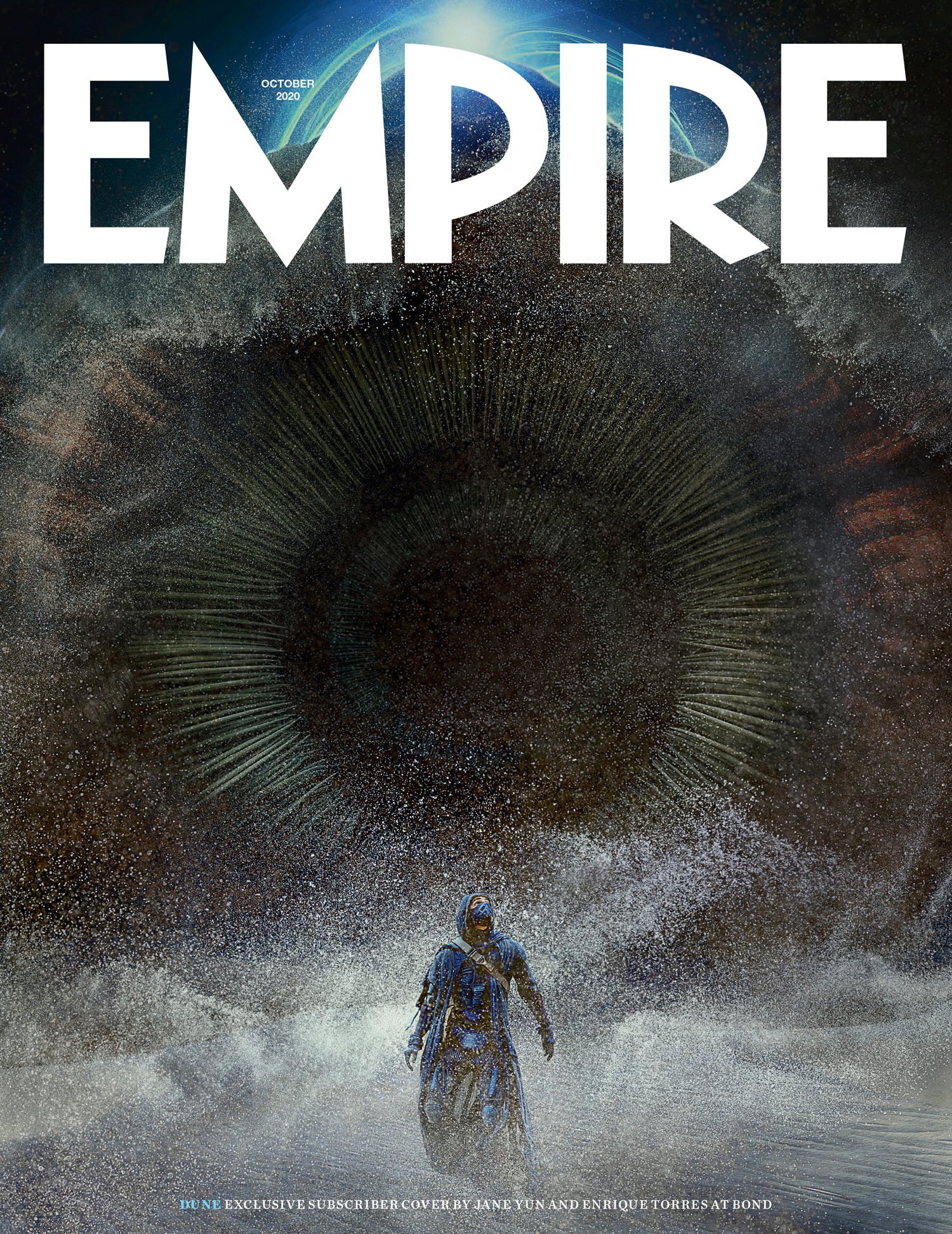 I had issues with the book but this looks very stylish and Dennis is a great filmmaker. I’m not crazy about it being split into 2 movies because the second half of the book is a lot weaker in my opinion.

This looks like my worst nightmare but Timmy needs must.

However I’ve started the book and I’m enjoying it a lot more than I expected to.

trust in Villeneuve though, even if Blade Runner 2049 was mostly a big old bore

I CAN'T WAIT but then I love the batshit David Lynch version too.

I haven't read the books as they just seem way too much. They've sat on the shelf for the best part of twenty years, untouched.

I'll definitely see this, as Arrival is firmly entrenched in my all time top ten, but yeah, Blade Runner 49 dimmed my Villeneuve ardour a bit. What a stone cold bore that film was.

I think I'm in the minority, but aside from the visuals I found Arrival amusingly overrated, but adored Blade Runner 2049. I know nothing about Dune other than it's based on a book and there was a terrible movie in the 80s. Count me in though! Villeneuve is an excellent director.

HeLikedTurner said:
I think I'm in the minority, but aside from the visuals I found Arrival amusingly overrated, but adored Blade Runner 2049. I know nothing about Dune other than it's based on a book and there was a terrible movie in the 80s. Count me in though! Villeneuve is an excellent director.
Click to expand...

That's how I feel about Arrival and Blade Runner too. The latter stuck in my mind for ages whilst Arrival was fun fluff.

The 80s version is David Lynch. How on earth he ever got his hands on the reins of a huge budget sci fi epic (or even wanted to direct that) is beyond me but I do love it. It's NUTS.

He was offered it after the critical success of “The Elephant Man”, but lord knows why he took it, as he hadn’t read the book or even knew the story

The studio wrenched it out of his hands anyway and he Alan Smithee’d it.

my mind went straight to the Xfactor finalist!

THIS Rebecca I can never remember, I always used to get her mixed up with the main woman in My Name Is Earl

The way I’m going to have to watch this*

I'm not watching any trailers as I'm going to see it anyway.

Watched a bit of the cast Zoom thing which got my excitement levels up though!

December is so far off

They’re not even committing to a date in the trailer.

On the other hand this is a good thread about how much Herbert borrowed from Middle Eastern culture (a lot) and yet the film failed to cast any middle easterners.

I'm getting critical bomb from the trailer to be honest

The trailer gives zero indication as to what the actual plot is.

I would have little interest from that trailer which offers no semblance of plot and looks like a bland but beautiful blockbuster. May watch the Lynch version tonight as it’s the most obvious gap in his filmography I’ve not watched.

What do people think of the David Lynch one? I had somehow never seen it until tonight. I get why people didn't like it, but I thought it was alright. I felt like the worlds had some depth to them, even if it did need a Hitchhiker's Guide at the start, and most of the plot is just sort of given to us.

At least I could finally get why people went on about Kyle McLachlan being gorgeous before (I haven't seen Twin Peaks, I'm waiting for it to get to streaming somewhere). Actually Sting was really hot

I really like the Lynch version. The book is so sprawling any adaptation is hard, but he kind of gets a grip on it and it's crazy enough to be really entertaining. The cast are pretty much perfect (Kyle looking yum, Sting in his leather undies, Patrick Stewart, Francesca Annis, Sian Phillips

) and all those practical FX generally look fantastic.

I never watched the 90s (?) miniseries but by all accounts that sounds like it was a slog.

i watched the david lynch take a week ago after all these years. wow. no wonder i never wanted to see it again if i ever even made it through as a child

pretty curious to see what they've done with it.

I am a Bene Gisserett witch

I Play The Streetlife

I mean, it’s keeping in theme with 2020 and everything being a dumpster fire.

I see ya! HOLD TIGHT!

Too much Zendaya, not enough Lady Jessica.

Is this still split into two films?


I assume they will split after he gets to the Freemen, although I don’t know how much story is left in that second half. But I would love more Harkonian planet machinations

I enjoyed the 1984 one but my spider sense is tingling, especially two movies of it. It was hardly a thrill ride over 2hr20.

hopefully my issue is with how all trailers for these type of movies all end up the same, sort of Nolan-esque vocal fry speech with that sort of brown noise bass groan thing they do.

and I don’t know why Zendaya gets on my tits so much - it can’t all just be the one-name pretentiousness can it?

Splitting it into two suggests Villeneuve might be onto something though.

reviews are out. it's currently sitting at a very promising 78 on Metacritic. but Owen Gleibermann of Variety, my most trusted film critic, gives it a more mixed review and says it runs out of steam in the second half. 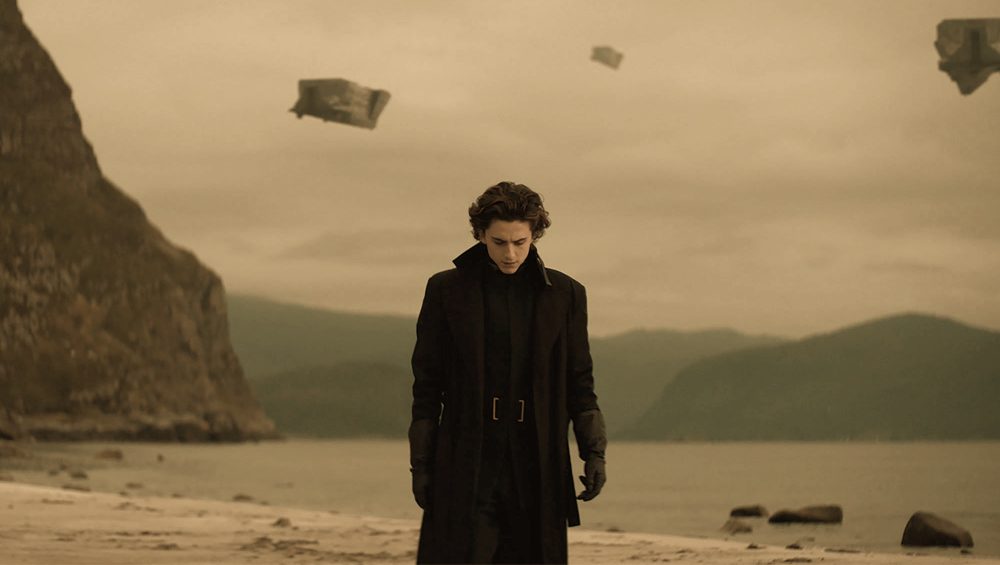 I'm starting to worry it might be a little too mercurial and not overly interesting, like Blade Runner 2049. Points for not making stupid movies, but I'm not sure Villeneuve is a natural blockbuster director...

Villeneuve seemed to be hedging his bets last month and I just can't see this going gangbusters at the box office.
You must log in or register to reply here.