I still stand by this now I’ve listened to the correct song.

I NEVER CARED FOR HER

does this sample FREEDOM?

I love the second half of this song - very Primal Scream. But it kicks in too late for me.

I enjoyed it. I actually disagree with @funky; I take to the first chorus the most. It's SERENE.

Pipo said:
does this sample FREEDOM?
Click to expand...

I don't know how much I like this on first play. some of her vocal stylings annoy and there's no hook.

Pipo said:
does this sample FREEDOM?
Click to expand...

Oh thank you! I was wondering why it sounded very 90s!

Love this now - the video really adds to the package!

I love that at some point the creative decision was made 'I'm tired of getting my heart broken at parties in New York, I'm gonna go chill on a beach in New Zealand for four years.' (with a brief detour to Antarctica, where she promptly went "I hate it here, it's cold"

The final minute of the Solar Power refrain really gets stuck in your head. Super Summery too.

Not sold on the video. It's all very white bread and Urban Outfitters festival section, but that doesn't really matter - I doubt I'll ever watch it again

It’s ok, but none of the excitement that was Green Light

This keeps growing and growing - it's sensational

Oh BOY does that video bring back memories. The mass of tree branches on the sand is an image forever seared into my consciousness.

The song is a cute easy listen, but nothing profound. I do love that she kept it simple though.

Is she starting to sound like the new DIDO?

Sounds right down your street!

I definitely agreed with @Jark that there wasn't much of a hook on first listen, but I've had SOOOOO-WHOAH-OHHHH-WHOA-OHHHHH-LAR POWER stuck in my head since this morning so I guess that puts paid to THAT

Something very SIOBHAN DONAGHY about this when it gets going

This has grown on me a lot actually, after being a little underwhelmed on first listen. After Melodrama, I trust her to make an album that brings out the best in this.

That’s a massive start on both charts. Green Light was a genuine hit overall, but hardly peaked amazingly, particularly in the US where it stalled early on. So I wasn’t too sure if she would get a hit out of this, but that’s a promising start.

Love this now too. It definitely takes a few listens to get its hooks into you (and for the ‘can I kick it? Yes, I can!’ bit to stop putting me in mind of Bob The Builder

Knew our queen wouldn’t let us down

When is she remixing this? Coz there’s still some potential somewhere in there.

Apologies if this constitutes thread-crapping but I saw a joke on another forum:

"Why is it called Solar Power when there's a full moon on the cover?"

"I really like the song. The melodies are spot on and the outro is gorgeous. It is so different from her previous work and I love that, I love growth. However, I can't really relate to the overall message. I mean maybe if it had been released pre-pandemic? but the lyrics in this context are like...IDK. I just can't relate. Perhaps because people like me, who live in third world countries, are still struggling to get vaccines (first world countries bought the vast majority of vaccines from major laboratories in order to re-sell them after they're done vaccinating their own population, not giving the chance to third world countries and paying no attention to the UN who have been warning powerful countries about the inequality of access to vaccines. Eg: Canada bought 5 times the number of vaccines they need for their population) and so the idea of chilling on the beach seems very far away from us but oh well. Perhaps going to the beach is her way of coping with the global situation, and that's great, everyone sort of had to find a way of coping. However, there are very very very few people who are able to do that today. So even though I am glad she is able to do that, I just can't relate to the lyrics. Again, perhaps if it had been released pre-2020 then yeah. It's kind of a bummer 'cause, as a fan that I am, I was really intrigued as to what she had to say through her art about what's going on in the world right now, but oh well. I enjoy the song for what it is, but the lyrics are not the tea. Lorde saying "can you catch me? no, you can't" well girl of course I can't catch you, I hardly have enough money to pay my electricity bill and I won't be able to pay for the gas bill, let alone going to the beach to chill, I will never catch you I mean. Or "I throw my cell to the water"? girl, every time I drop my phone I effing pray the screen won't break cause how the hell will I pay for the repairs?!

PS: Some people here saying that we are overanalyzing the lyrics...Just enjoy it and chill," they say, well babies, maybe you get to say that because you have privileges that most people in the world don't. Count your blessings, darling."
Click to expand...

Oh wow that was exhausting!

I imagine she will be making a point to write all her future music from a third world point of view.

Dark Carnival said:
When is she remixing this? Coz there’s still some potential somewhere in there.
Click to expand...

The inevitable Freedom '90 mashup is going to slap.

seems there's no song out today. she was literally just advertising the solstice. sorry.

but here's the tracklist!

Stoned at the nail salon?

Jark said:
seems there's no song out today. she was literally just advertising the solstice. sorry.
Click to expand...

So it appears that in order to be environmentally kind Lorde is not releasing the album on CD but is charging £16 for a download and packaging. She doesn't seem to be concerned about releasing on vinyl, including a version with a bonus two track seven inch single.

funky said:
I love the second half of this song - very Primal Scream. But it kicks in too late for me.
Click to expand...

So she's now actually come out and said that Primal Scream's "Loaded" was a big influence on the new album. The George Michael thing is a COINCIDENCE apparently, and has the blessing of the George Michael estate. 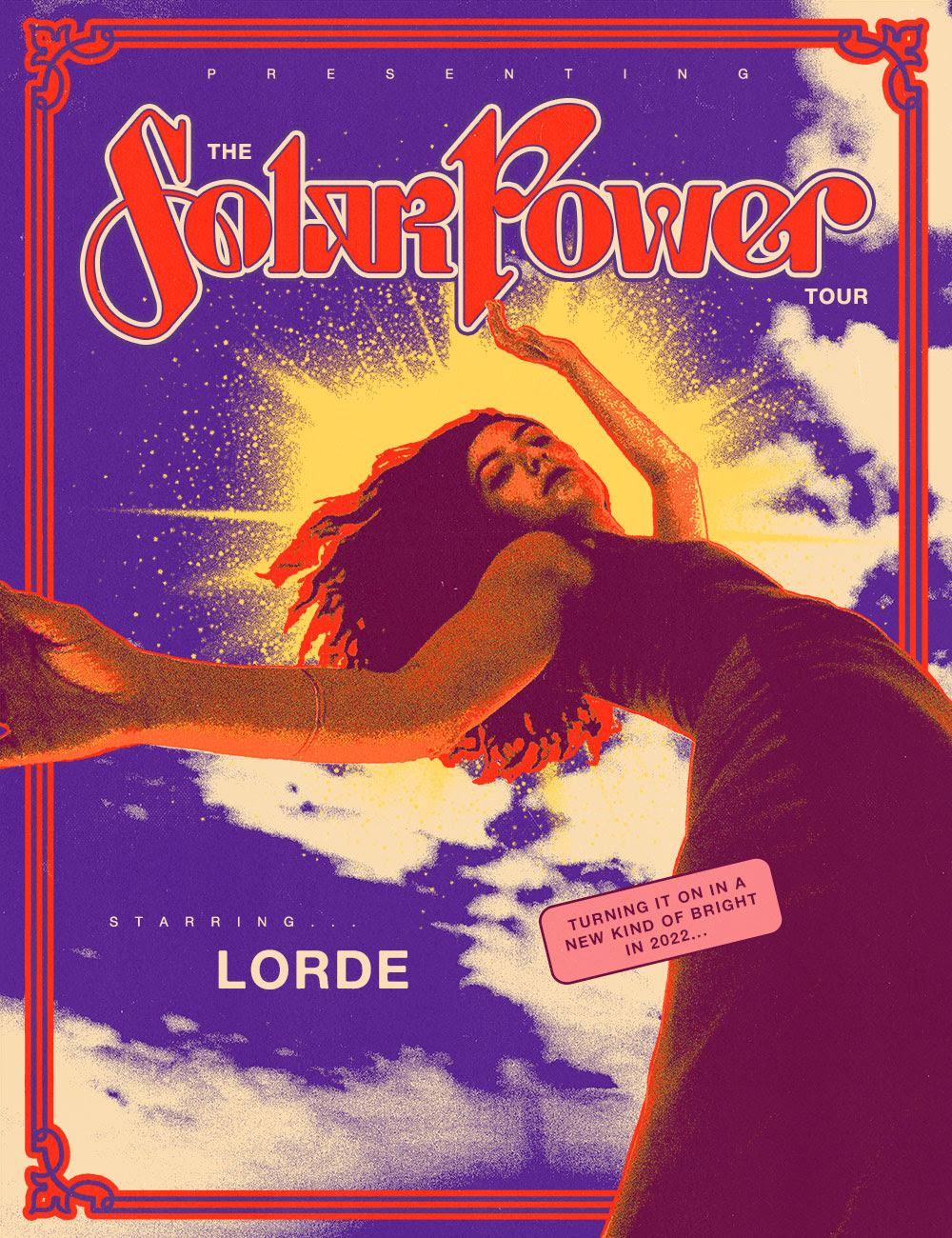 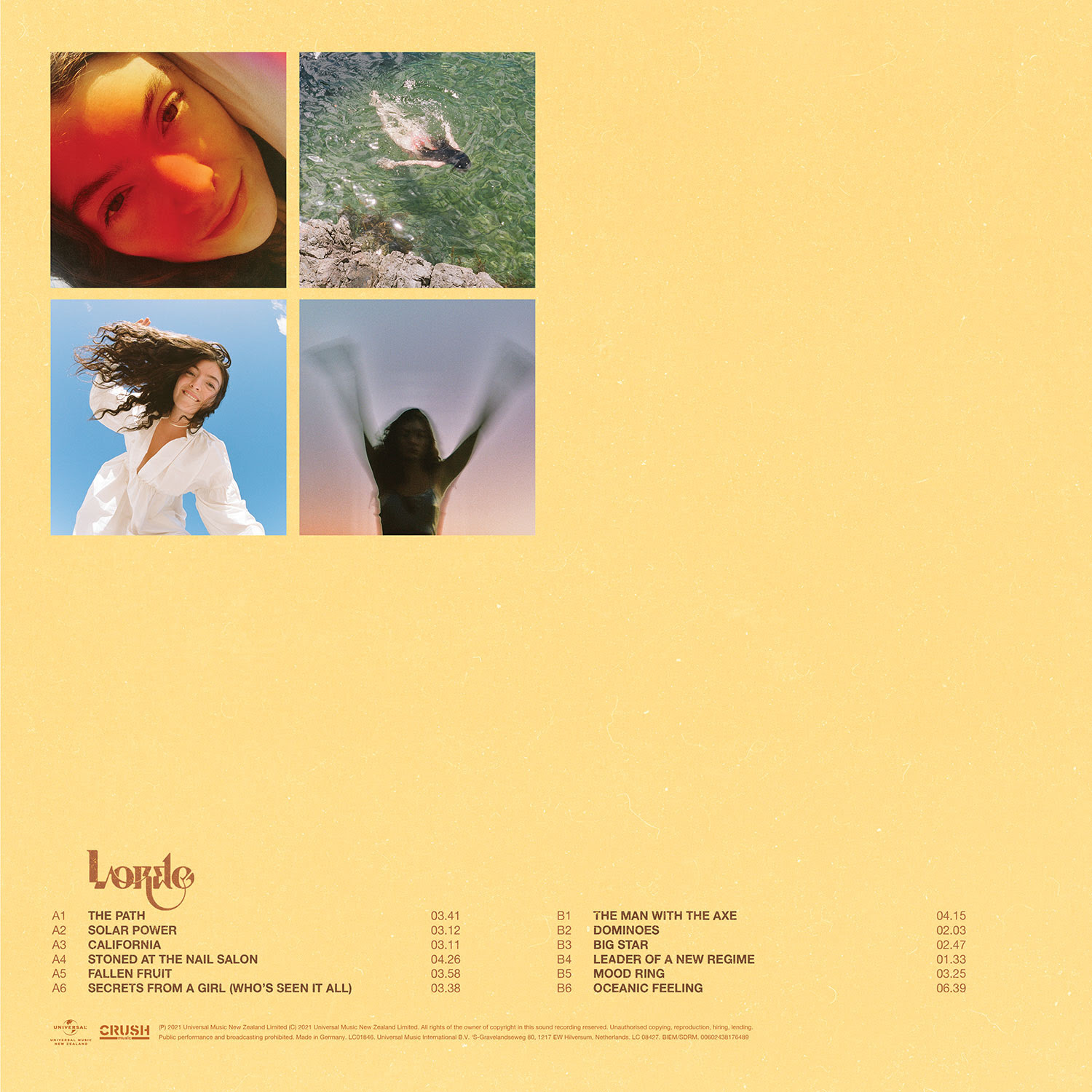 the imagery is so

"Stoned at the Nail Salon" will be out this Wednesday
You must log in or register to reply here.