aka dUb is back on his bullshit 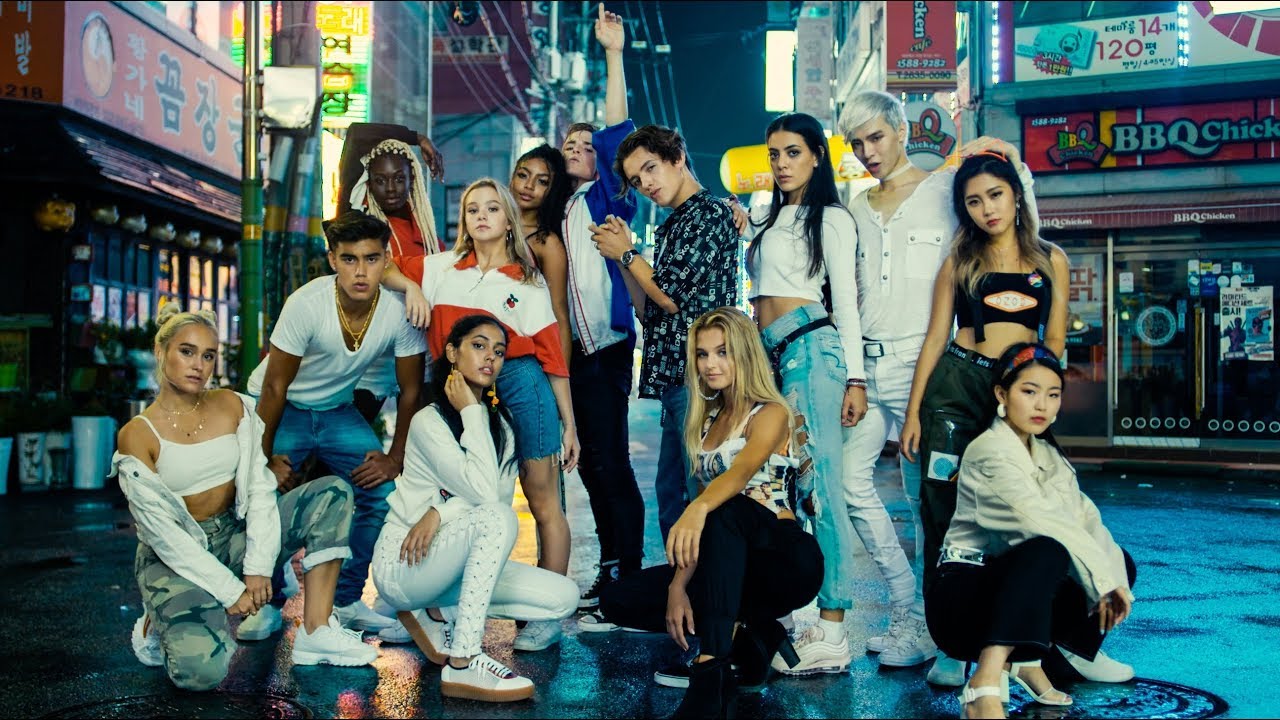 How is your new pop project, Now United, shaping up?

“I went out of my way to rethink what music can be and how I can be at the front end of whatever’s going to come along. Simply put, it’s a group that is so integrated to their fans that it’s almost a seamless divide. We’re exploring that interaction and connectivity and it very much lives on video. At the moment it’s happening so organically that we haven’t done anything in terms of marketing. They’re an arena-sized band in Brazil, India is exploding and the Philippines. In Korea we’re doing something with a K-Pop group, Russia is going well, all the countries that no one thinks about necessarily with pop music are really opening up for us. We haven’t even started thinking about Europe or America, I just want a story that’s different and intriguing and then see where that takes us.”
Click to expand...

The concept: taking a cue from K/J pop, there's 14 or maybe 15 of them, all from a different country, and as alluded to above, they're a visual act ONLY - no sign of them on Spotify, for example.

Apparently all of their stuff is produced by RedOne and... it's good!

I personally find the clapping bit in the second one to be mildly iconic, don't know about you

I've been LAMENTING the lack of an actual shiny all-singing all-dancing pop act for a while. Looking at my niece who's 9 and listening to George fucking Ezra... this is perfect for her. And me.

You'll just have to decide for yourselves if there's a hot one as I couldn't possibly comment.

ANYWAY look forward to bumping this thread for the rest of this year and beyond x x
Last edited: Jun 13, 2019

From what he says about it, it's another iteration of what he tried to do with S Club 7. "Everyone's a part of it"/members can come and go/S Club TV, but I suppose he's seeing more potential with social media and YouTube to make it work in that way.

Fuck me though I felt too old for S Club 7 at the time, what about NOW

dUb you are a special hunty

it's an interesting concept but I don't think he can make an act explode without Spotify/streaming as it's so integral to the consumption and discovery of music in 2019. also if they are purely a visual act who apparently can dance, having a heavier focus on actual choreo would be a good way to go - the dance routines are basically what inspires the rabid k-pop fandom, not just a bunch of pretty young things posing. I like that there's a gay one and that two of the straight (I'm guessing) ones had a gay moment in the video

Yes! Loved the 'gay' moment - has that ever happened in a video by a pop group like this? And agreed re choreo, I thought they were going to bring something as super-slick and impressive as the K-Pop acts but nah.

Oh this is the one for choreo

I wondered why the west have never gone down the large group route like J&K-pop do SO often.

If you know AKB48 with its 48 members on rotation, it’s also a franchise of groups with 48 members with groups in several different Japanese and Asian cities. Their point is that they have theatre bases, so you can watch their performances quite regularly there. It’s like STARTING the career with a residency.

But where these groups are more anonymous (at least to me), they have interactive moments, like elections on who is the leader for each single etc. and graduates get TV work or acting, presumably singing too.

@dUb started the thread so it's DOA.

Sounds like a bloody football team or a soap opera cast.

will someone please just talk to me about these

) are being siphoned across for a new Spice Girls album if/when it happens.

That is interesting... I do think NU should probably aim for the ‘cooler’ side of things if they’re going to get any traction in this day and age in the UK/US. Obviously they’re already big in Brazil/Philippines/India

New video shot this week, with the reveal of the new Australian member coming soon supposedly. Exciting time to be a Uniter!!!

I listened to two songs, thought “this isn’t what a new Spice Girls album should sound like” and turned them off again.

I haven’t posted this one. Their most-viewed video and probably their best ‘pure pop’ effort. Already a fave of my niece with little to no coercion from Uncle dUb

dUb said:
Apparently all of their stuff is produced by RedOne
Click to expand...


I'm not understanding what the point of not having them on Spotify/iTunes is? That's stupid.

How many fucking videos do they have. I don't have the BANDWIDTH for this.

@dUb you should really check out Inna. She has a music video for each song on her latest album too even though they're all flops.

I suppose in an age where children permanently have their faces in a screen I can understand it.

I'm just not inclined to watch something when what I actually want to do is listen, though. I'd be surprised if they don't make their way to streaming platforms at some point.

lolly said:
I'd be surprised if they don't make their way to streaming platforms at some point.
Click to expand...

Today is the DAY!

I do like Who Would Think That Love? though!

Not @dUb giving me syndication likes to lure me back into this thread.

This new one should be to Moopy's general tastes?

I feel RedOne didn't have the BANGER LEVELS turned up quite high enough for these songs.

Yeah I gave a few a spin but it's all a bit Same Difference (1st album) rather than S Club 8 for me sadly.

did you listen to Legends tho

Christian said:
I feel RedOne didn't have the BANGER LEVELS turned up quite high enough for these songs.
Click to expand...

Legends is low key but nice.

(And sort of forgettable too)

However, they're still only just QUITE GOOD though

The MAX TRACKS are "Afraid Of Letting Go", "Paraná", "Sunday Morning" and "Legends" for whatever it's worth

Sunday Morning though?!!? The NADIR in my opinion, but the others you mention are max tracks and no mistake

TRA LA LA LA when you play that DRUM

Sunday Morning though?!!? The NADIR in my opinion, but the others you mention are max tracks and no mistake
Click to expand...

"Sunday Morning" is a corking tune!

It's not on the level of "Afraid Of Letting Go" but WHAT IS
You must log in or register to reply here.