Say which flavour you like and I'll have it for you: Suedey's Madonna top 50

Welcome to my Madonna countdown! ​
In this thread, I shall be posting my favourite Madonna songs of all time. The content will, in true Suedey fashion, oscillate between the well-balanced and informative to the utterly ludicrous. Hopefully there will be something for everyone here.

I've managed to narrow down my top 50 but there may be some controversial omissions so I will probably start with a bubbling under chart.

To whet your appetite, here are some rudimentary stats:
So for now..

Ladies and gentlemen... welcome to my show. The night* is young and the show has just begun ...

This thread is iconic already

The font! The stats! The gall the audacity the gumption!

Only 7 out of her 13 #1s! Looking forward to controversy, drama and confusion. But also great writing.

I want some DEEP CUTS. And LOTS of Ray of Light.

Do I think @Suedey will finish this rating? 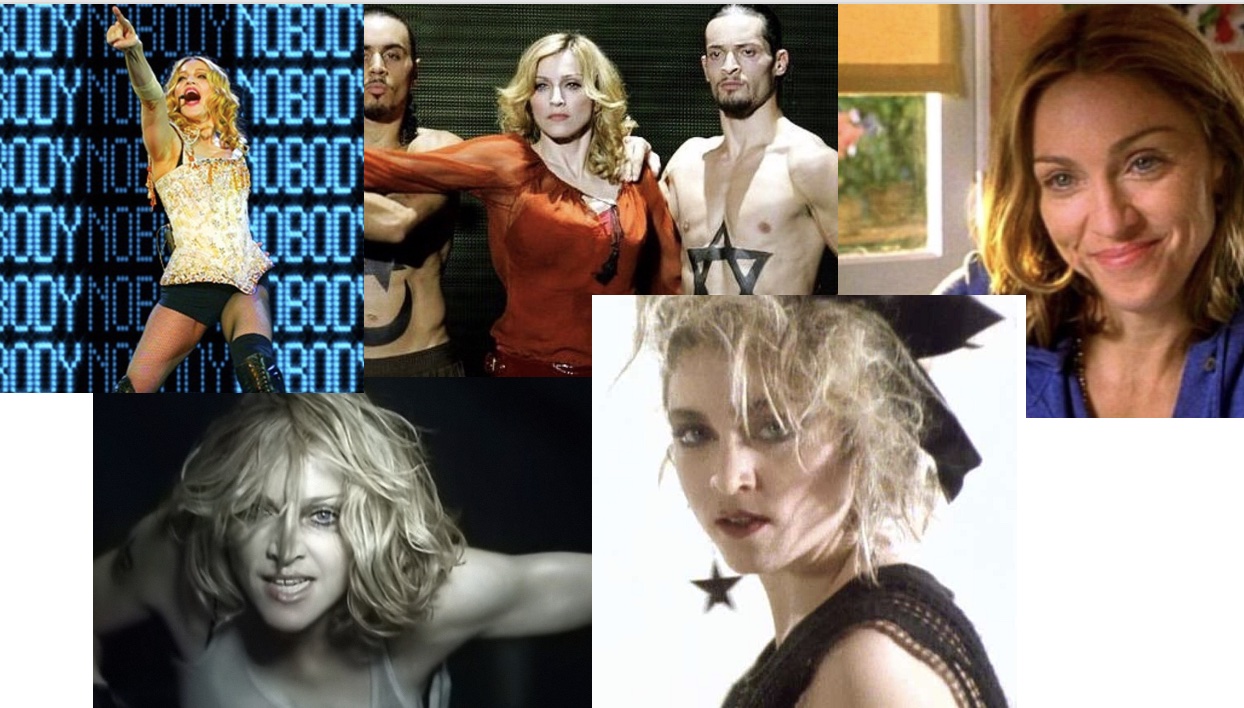 So here we go. It was a total agony narrowing this down to 50, so I felt a top 65 would be more appropriate but the bubbling under 15 will get joint write-ups. 'Time Stood Still' is a lovely forgotten ballad from the ill-fated Next Best Thing film, a little sister of sorts to 'The Power of Goodbye'. Two American Life songs missed the cut - 'Die Another Day' and 'Nobody Knows Me' have both featured in my top 50 in the past, but perhaps overplay has somewhat pushed them down this time around. Like another one of her Mirwais-helmed albums, American Life works better for me as an album rather than taking out individual songs and ranking them singularly in her catalogue. 'Lucky Star' works much better for me in live form, and the Who's That Girl Tour 1987 performance is iconic for me but I rarely seek out for the studio version.
Last edited: Mar 19, 2021

OOF! There are some really good songs in that lot. Time Stood Still is a personal fave so I'm glad it at least got a perfunctory mention. Die Another Die just has so much SPUNK. Funnily enough I listened to American Life (and RoL and Music) yesterday and Nobody Knows Me popped.

I love Die Another Day. I know it gets shat on by everyone but those strings and the sheer drama of it all! So much better than many songs on American Life. And that video, and the way the music reaches such a boiling point before trailing off in the aural equivalent of someone storming out of a room after winning an argument...it's a wonder.

I love 'Die Another Day' but I may have overplayed it in recent years.

Die Another Day was the perfect sequel to Music.

Loved the video back then, especially as it was released at the height of my Judaism fetish days.

RaspberrySwirl said:
Die Another Day was the perfect sequel to Music.

Loved the video back then, especially as it was released at the height of my Judaism fetish days.
Click to expand...

I always found the video very intriguing and exciting. It taps into that 'slightly weird'/survivalist feeling that I like.

Sorry for being enthusiastic

The shading has already begun.

Iguana said:
Sorry for being enthusiastic

I was just trying to save Suedey from a morning of internal turmoil over his treatment of Die Another Day. Secretly, I don’t mind, it was just a shallow public show of care.

My knowledge hole is open to being filled by your wisdom Suedey.

Lucky Star and Forbidden Love are way too low

Forbidden Love kinda lost its luster quickly for me. FUTURE LOVERS is where it's at.

No bad song on Confessions 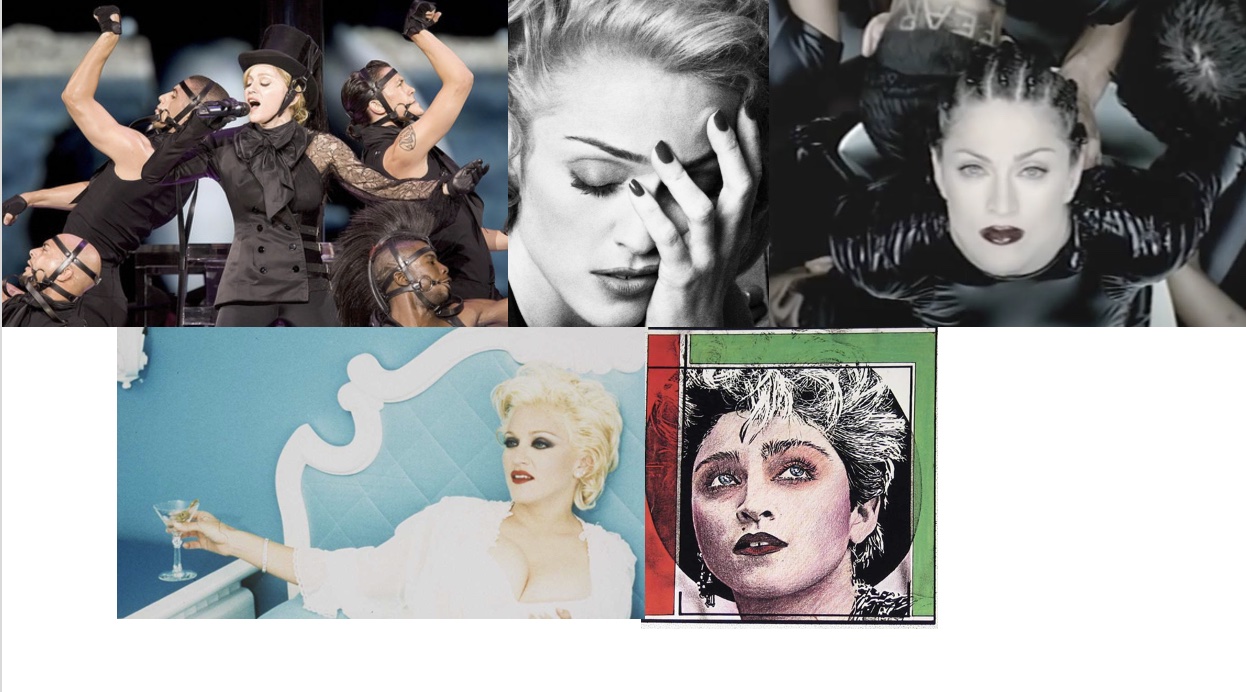 Another batch that just didn't quite make the cut. The only proper single being 'Human Nature' - a Madonna anthem of sorts that has appeared on most of her live setlists for the past 20+ years. 'Physical Attraction' was, of course, a double A-side to 'Burning Up' (her second single) - I agonised over this the most. The early, foetal Madonna live performances of this show the raw hunger that would catapult her to super stardom. Then we have 'Words', a personal favourite for a long time and also, as we know, a permanent fixture in @Christian 's Madonna top 10. 'Love Tried To Welcome Me' is silky smooth balladeer Madonna channeling her best Barbra Streisand, and she should have included it on Something To Remember but I suppose she doesn't like it much. 'Future Lovers' we all know and love and the opening sequence in the Confessions Tour was of course, life-affirming.

I’d probably do the same to Human Nature. It used to be one of my favourites but it hasn’t aged that well. Even its message is a lot less relatable/appealing to me nowadays when I’m practically a nun. 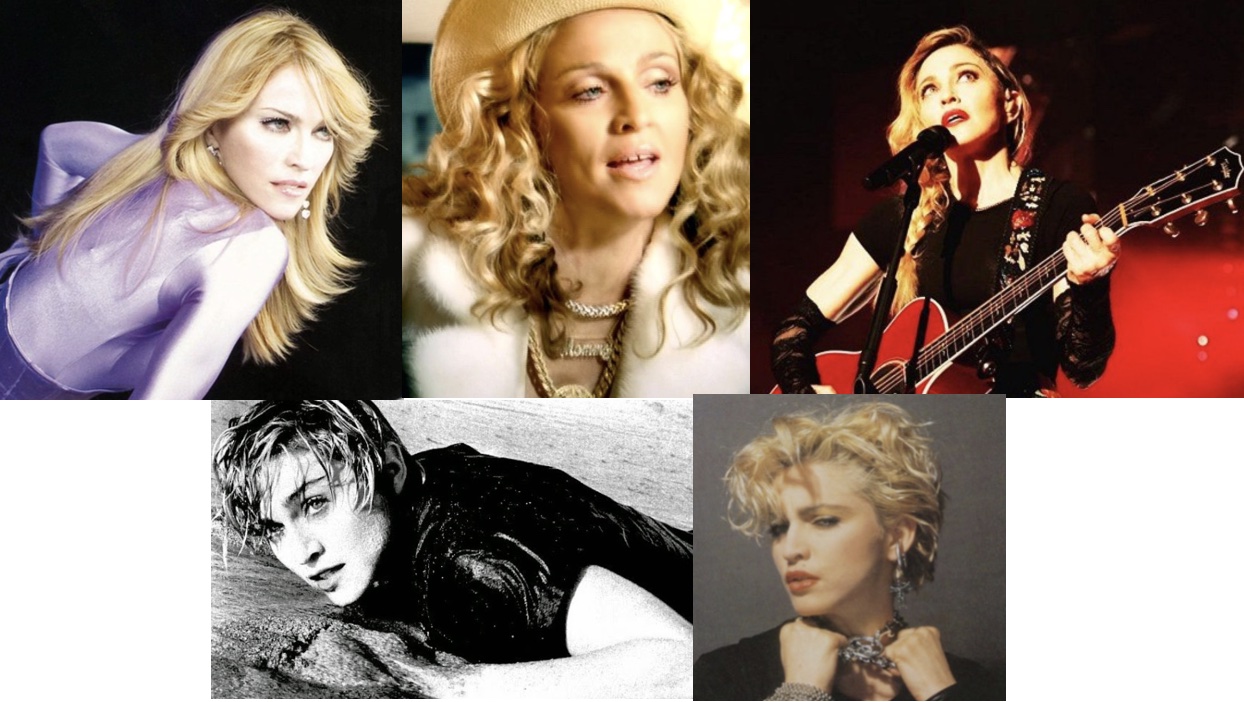 Final batch of also-rans before we get to the main countdown. Some controversial choices in here perhaps - with two of her UK number 1 singles missing the cut, but when the catalogue is that vast what can you do? However, many of those songs have suffered from overplay for me and, in recent years, the likes of 'Holiday' and 'Music' have also been heavily featured in her live sets on the expense of other hits and so I have somewhat punished them perhaps by taking a leaf out of her book and relegating them out of the main top 50. 'Cherish' I really agonised over - it is Ciccone/Leonard songwriting heaven, and the layered vocal harmonies towards the outro are absolutely divine, but it had to be done. A quick reminder also here that the definitive version of 'Rebel Heart' is the leaked Avicii demo version (readily available on on YouTube) as opposed to the somewhat pedestrian album version.

RaspberrySwirl said:
I’d probably do the same to Human Nature. It used to be one of my favourites but it hasn’t aged that well. Even its message is a lot less relatable/appealing to me nowadays when I’m practically a nun.
Click to expand...

Yes, I agree, I really liked it then, I don’t dislike it now but it is of it’s time.

Those beats in Music are iconic! How could you?

BoysForSeles said:
Those beats in Music are iconic! How could you?
Click to expand...

I still remember vividly the very first time I heard Music and my jaw dropped. Of course, the song itself is heavily based on 'Never Young Again' from Mirwais' Production album. So although it sounded like nothing that was on mainstream radio, it wasn't particularly super unique if you were familiar with what was going on at the time. I still love it to death but as I said, it's been a bit of overplay and over-performance in this case. She is forever wheeling it out live and I have absolutely no desire to ever hear it live again. But when I give it a break and return to it, it's always great.

Aww Music is way too low. But I have a HUGE soft spot for it cuz it's the song that introduced me to Madonna.
I have a distinct memory of getting told off in Year 8 for singing it in class NON-STOP. Who's sorry now?

I love Sorry and Future Lovers and Music of course, but Human Nature and Nobody Knows Me would probably feature in my top 20, so I am sad to see them out so early. I think I'm going to find everything from American Life out too early though!

Fabulous presentation and write-ups so far!

The FONTS! The COLOURS! The ENBOLDING!

Although we’re already falling out. Holiday and Lucky Star not Top 50

I think there'll be a lot more upsets coming but it is what it is ladies ..

I listened to a great podcast about Madonna recently so I'm all in for this!

I hope some of her 90s GLOOP which is my favourite Madonna music makes it all the way to the top
You must log in or register to reply here.