Well, that's bullshit. Eurosport says it's live. It's a recap.

Are you watching a replay of the 200m freestyle from last night? Because I didn’t think the swimming finals started for a couple of hours.

Which I see that you have now realised.

Apparently so. Probably a sign that i should be in bed.

We do have a good chance of getting some medals in tonight’s swimming finals, but I plan to discover that in the morning.

It took me a while to find it, but the men’s 4x200m freestyle is 1h 57m in the iPlayer session labelled ‘Swimming - Medals session’. 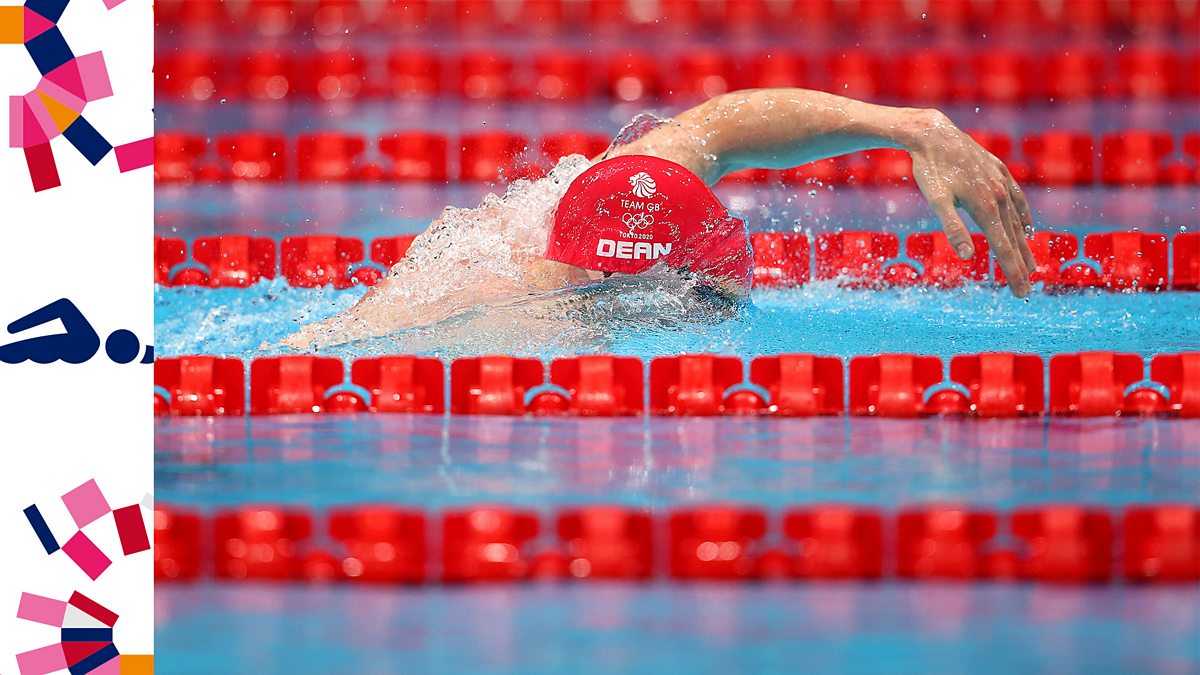 This diving from Laugher and Goodfellow is really poor!

Ill Advised said:
This diving from Laugher and Goodfellow is really poor!
Click to expand...

Feel bad for them, they are a great team when it works. Today isn't their day.

Though that Russian dive.... I’ve never seen a score of zero before

Ill Advised said:
Though that Russian dive.... I’ve never seen a score of zero before
Click to expand...

Andy Murray and Joe Salisbury out in the quarter finals.

Only caught the last one but that last Goodfellow/Laugher dive looked more symmetrical than synchronised.

The Chinese and Germans at the end were totally mesmering. Synchronised diving is just stunning to watch and the training and discipline that goes into it must be one of the most of any event.

Chris Mears is surprisingly effective as a pundit. Is this his first presenting gig?

These BBC cycling commentators are appalling. The usual Eurosport ones are so much better.

Simone Biles has withdrawn from the individual all-round.
B

I Don't Wanna Change A THI-ING

Feel very sad about Andy Murray. I loves him.

Sounds like a first guaranteed boxing medal is in the bag for Britain in the Women's featherweight division.

Well this is generally going swimmingly so far, although Australia have overtaken us on the medals table.

What are GB’s realistic hopes in the Athletics @Sheena ?

dmlaw said:
Sounds like a first guaranteed boxing medal is in the bag for Britain in the Women's featherweight division.
Click to expand...

I think she needs to win the semi final first.

Rhythmbarbican said:
I think she needs to win the semi final first.
Click to expand...

Both semi final losers in boxing get bronzes.

Disappointed not to get anything in Rugby Sevens.

Indie said:
Both semi final losers in boxing get bronzes.
Click to expand...

Does this happen in any other event?

Rhythmbarbican said:
Does this happen in any other event?
Click to expand...

Good question - I don't think so off the top of my head.

Presumably the theory is in boxing that if you lose, you might well be injured. So a playoff wouldn't be great.

Equestrian on Eurosport and

That’s quite the pre-fight ritual.

Charlotte Dujardin in bronze medal position with one rider left, which may make her the most decorated female British Olympian.

Bronze it is then. YAY

When does the running start?

Ellie said:
Well this is generally going swimmingly so far, although Australia have overtaken us on the medals table.

What are GB’s realistic hopes in the Athletics @Sheena ?
Click to expand...

Dina Asher Smith should get medals of some sort over the 100/200, but it's hard to read her form. She beat a LOT of the big contenders over 100m in Gateshead, but in terrible conditions which didn't really mean much, and there have been some SILLY times this year. She does peak at the championships, though. Rumours abounded yesterday that the main 100m favourite, Shelly Ann Fraser-Pryce had tested positive for COVID but nothing's come of that since, so who knows. I would think her best chance is in the 200, but the big question is whether Shaunae Miller-Uibo will run that, or the 400, or both. Anyway, I'd say two medals likely, but what colours, who knows. Also don't discount the two intersex athletes from Namibia who ran ridiculous 400m times this year as juniors, but have had to quit the 400 due to the intersex rules that forbid their entry in competition between 400-1500m.

Katarina Johnson-Thompson has been injured and has just come back- her form so far suggests she won't be able to challenge for gold and if she can pull herself together for a sneaky bronze, then that would be amazing, but it's a total unknown. No idea about Nafi Thiam, the other main protagonist in the heptathlon either, who has also shown little form so far.

Laura Muir (1500), Jemma Reekie and Keely Hodgkinson (800) could win medals with a bit of luck on their side- Muir seems the most likely, but I can't see her taking Faith Kipyegon and there is a question mark over what event Sifan Hassan is going to run. The 800 is wide open, with the exception of the American junior Athing Mu, but I wonder if she's raced too much too soon. Hodgkinson has shown herself to be an amazing championships performer and Reekie has been really consistent the last few years, so hopeful there.

Holly Bradshaw could finally get a pole vault medal, but we've been here before and it's all gone wrong. Cindy Sember has had a good, consistent season and peaked at the last Olympics (where she was 4th) so could sneak something if luck goes her way.

Outside bet for the women: Jodie Williams. Around the 51 second mark all season at the 400, in her debut year at the event, but it just feels like its building and like there's going to be a massive breakthrough- she ran a great 200m a couple of weeks ago in less than perfect conditions and then ran a 400 PB less than an hour later. Behind Shaunae Miller-Uibo the event is wide open and I reckon she is capable of a 49.x run- whether this year or in the future is to be seen.

For the men, well, it's FAIRLY dire. It's pretty much outside chances in the men's middle distances- Elliot Giles, Oliver Dustin and Daniel Rowden have all been fantastic over 800 the past year and I couldn't tell you which one will perform best. The 800 is also wide open but if someone goes mega-quick, it might be beyond us. A slow, tactical race and we might stand a chance. The 1500 has seen Jake Wightman and Josh Kerr step up a notch, but Wightman had a terrible run in his last outing and though Kerr is great, he is perhaps one step behind the leaders. I'd love to see Callum Hawkins get a marathon medal after coming so close a few times now, but no idea of the form he's in.

Other than that, individually, it's going to be a real outside shot if anyone lands an individual medal, I think. (I'm scratching my head as it feels like I've forgotten someone...)

For the relays, the women's and men's 4x100 should both get on the podium, with very outside chances of gold if the American men/ US and Jamaican women drop batons. The women's 4x400 I reckon could get silver, or bronze at worse, the men's won't make the final unless they buck their ideas up dramatically.

I feel like they've got to slow down soon, but ending yet another day on top of the medals table is a bit

for Japan
With 13 they've already surpassed their Rio golds, and all years since Athens 2004 - which was their joint all-time highest with Tokyo 64 with 16. They've been neck, neck and neck with China and USA.

I mean you could say they've been kept afloat by Judo, but every country has their goldmine - USA can always get loads from swimming, UK with rich white people sports etc.
anyway it's nice to see (nicer than the exploding corona cases in Tokyo the last few days anyway)

Did we hear about TikTok gays outing athletes by posting their Grindr profiles from the Olympic Village?

It's things like this are why I hate social media. Do they not see the issue of potentially outing someone, particularly if they're from a place where homosexuality is illegal. Some obviously forget or are just plain ignorant that not everyone experiences the same level of tolerance or equality that we do.

Gutted about Simone. She's an icon.

Does the discovery subscription have the really niche sports?

I've not seen a jot of table tennis, weightlifting, shooting or fencing on eurosport on TV.

Yes you can watch every sport live.

win_the_game said:
Yes you can watch every sport live.
Click to expand...

I'll ask again when the Athletics start. If they manage to show an entire field event without interruption, then I'm team eurosport and fuck bbc.
You must log in or register to reply here.