Thought maybe this deserved it's own topic. 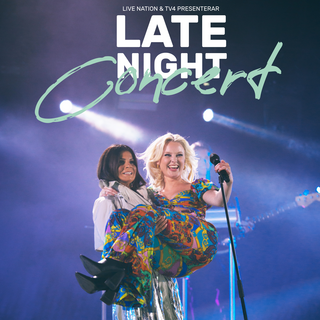 Zara Larsson has been chillin in Sweden amid a US COVID outbreak for half a year. She bought some farm house and decided to release her first Swedish single (& cover) with the artist who first inspired her singing career.


It was a number two at the Swedish iTunes chart for 28 consecutive days and is currently first on the Svensktoppen chart.

Background for "Säg mig"
A young girl named Carola Maria Häggkvist did very well at Melodifestivalen 1983. Her then manager, soon to be media tycoon, Bert Karlsson made sure to release an hastily cobbled together album a month later. "Stranger" featured almost entirely Swedish translated Billboard hits and ”Säg mig var du står” was the second track (and supposed but never released second single) from that first album.

Remember, Zara Larsson was only a baby back than then and "Stranger" was the first album the young kid ever got. "Säg mig" is her favorite track from that album - this is one of those instances when the lyric translation is better than the original. Now 20-something years later the track had started to be played in Stockholm night clubs as a "fighting anthem" for the younger generation. Zara Larsson then decided to include the song in her Late Night Concert on TV4 and the rest is history. This just proves that a pandemic also can bring some good as Zara gets to preform her favorite song from her youth with witch was once her favorite artist.

The lyrics roughly translates to:

Outro
C: I believe in what I do, (oh-oh)
C: You must, (mmm, come on Carola)
C: That's the most important thing

Is the other artist that lady who did that fab mf duet with Andreas Johnson ages ago?

"Here, in this place I never thought we'd be today" -- HÄGGKVIST, Carola in Kiruna, Andra Chansen Round 1 2008.

Madison said:
Is the other artist that lady who did that fab mf duet with Andreas Johnson ages ago?
Click to expand...

Yes, exactly! I'm glad someone remembers her. That hag really knows how to grab her fading limelight.
Last edited: Nov 8, 2020

Here's the original sung by Anita Meyer in 1981

Swedish version grinded through by a 16 yo Häggkvist's in Nöjesmaskinen 1983:


Dutch schlager was not the only thing Swedish pop culture shamelessly ripped off that year. Here's the balloon dance from the same program, it subsequently became a culture phenomenon in Sweden for the coming four decades.

Hak said:
Here's the original sung by Anita Meyer in 1981

This is such a (gay) classic here in the Netherlands.

Hak said:
Here's the original sung by Anita Meyer in 1981

Oh I know this gem. Not sure with retrospect how it missed GAY NIGHT.

The "Modern" Dance version from Körslaget 2013, featuring Caracola, Rickard Söderberg and Anna Book, which subsequently started to be played in Swedish night clubs.

God I love it. It feels like her signature tune now in some weird way.

Kevin said:
This is such a (gay) classic here in the Netherlands.
Click to expand...

Lip sync for your life recently on Drag Race Holland

I love this performance, particularly how Carola very pointedly doesn't let Anna get ANYWHERE NEAR the mic at 2.40

Sheena said:
God I love it. It feels like her signature tune now in some weird way.
Click to expand...

It better be. "Sag mig" is making her more streamed than Justin Bieber in Sweden right now. Truly a weird blessing 30 years after it's inception. It's also crazy how many different iterations have plopped up in recent years and how similar they all sound. I'll keep on posting them.

Hak said:
It better be. "Sag mig" is making her more streamed than Justin Bieber in Sweden right now.
Click to expand...

Well yes, but it's HARDLY because of HER, now is it?

Sheena said:
Well yes, but it's HARDLY because of HER, now is it?

Sheena said:
I do need a POPPERS UP YOUR TITS studio dance mix at some point
Click to expand...

Well, it's only fitting to start of with an Acid Church Mix by Bottenviken's Silver Church from 2017:

I love how Carola is palpably desperate to rush on stage, shove Little Jinder aside and show her how it's done.

Notice how she went back to her old flower grabbing days.
That's how you now she's got feeling. When she lets god use her to throw flowers around she's in the zone!

The fact she is just singing in some random grandmother's garden

The director's fascination with Lina Alcazar and the very gentle thigh patting from the audience.

Well I have a career suggestion for three very capable girls now.

Paulina Pancenkov above has reached the finals of Idol 2020 so don't be surprised if she turnes up in Melfest next year. She's basically a 2020 upgrade on Anna Book!

Revisiting this thread after tonight's events

It finally dropped out of Spotify Sweden's top 100 this week. Not bad Zara!
You must log in or register to reply here.