Seeing as how no-one else has bothered

They all sound a bit dull based on the brief snippets but let’s face it, they’re never EVER going to reach the glorious, dizzying heights of last year

In fact they’re going straight back to NQ based on THAT lot. I’d buy Matti Matt a tasty puffin sandwich but that’s the extent of it. I’d obviously have to ask him NOT to sing his little song

DO THESE PEOPLE LEARN NOTHING

Actually maybe I now see why no-one else has bothered 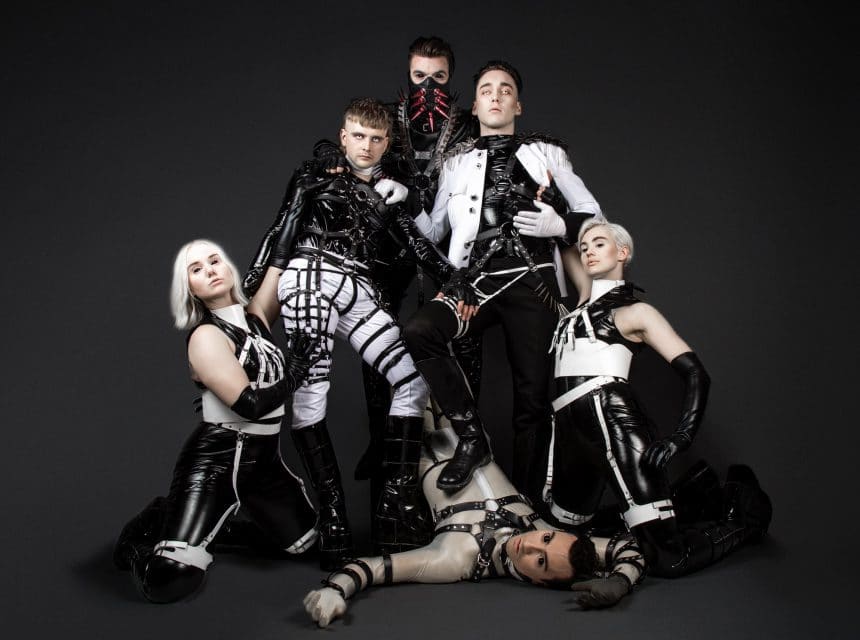 Other than that I agree, not a vintage year for Iceland.I think they tend to be a country I will to be better at Eurovision than they actually are, with a few obvious exceptions.
B

I didn´t hear anything about these until a couple of days ago which says a LOT considering I´m a gay living in Reykjavik.

The general consensus is that we will probably be stuck back in the semis this year.

It seems a bit strange that none of the entries are at all outré (apart from Dimma, vaguely) given the nature of last year’s glorious Grand Prix win. Well, Top 10, but I still maintain that the votes were miscounted on purpose and history took a wrong turn. Why DOES Iceland have this tendency to default to horrifyingly bland (a lot of which was also present in last year’s national final, it has to be said)? Send Björk

I think sometimes (and a lot of this is down to Björk) there´s a tendency to assume Icelandic artists in general are quite KOOKY and OUT OF THE BOX. The reality is, with a couple of exceptions here and there most of them are quite middle of the road and inoffensive.

I have to say, the relationship the general public have with the contest here is quite healthy. Everyone watches Söngvakeppini and everybody watches Eurovision, but outside of those two nights, it´s not talked about THAT MUCH, and whilst it´s pretty well regarded, and not treated with the same contempt as it is by say the UK, when they quite often don´t make the final the reaction is generally OH WELL LOL as opposed to any great national sadness ala Sweden.

Having said that if we ever won, everyone would totally lose their SHIT.

God knows where we would host it.

bypass said:
The general consensus is that we will probably be stuck back in the semis this year.

I heard quite a bit of Twitter buzz around “Occulis Vidare” when the songs were released so I think that’s probably the best chance of a qualifier, it’s certainly the one that sticks out the most which is the route Iceland should be going down given how well Hatari paid off. But it’s not really my kind of music and I don’t know what the chances are of her getting selected (from what I’ve gathered, she auditioned for The Voice at one point and no one turned for her??)
B

I like to think one day Iceland will have it's moment in the sun with Eurovision(heck...they've nearly done it TWICE).

I can just imagine them proudly insisting that Reykjavik DOES have the capacity/hotels etc for Eurovision..before last minute furiously and begrudgingly handing the hosting over to Denmark

Occulis Vidare is definitely the best bet Iceland have this year. They should keep it in Icelandic though.

Jesus Christ, is Oculis Videre a stealth Illuminati recruitment anthem? I know they have to work around the fact that she's blind, but everything about this is sinister as fuck.

The other (underwhelming) finalists

The Icelandic answer to 'Sister' the world was CRYING OUT FOR

Oh Iceland. You do disappoint.

VoR said:
I know they have to work around the fact that she's blind
Click to expand...

‘Oculis Videre’ with THAT staging for me please. Might as well have some more Icelandic weirdness, and the bit with the harmonies is rather stirring. That ‘Gagnamagnið’ horror instantly stood out as the worst thing ever in that snippets video I posted earlier in the thread. Poor Matti Matt. Hug for Zu

Oh YES to that blind woman.

Oh lord what a shower of shit.

I think I prefer that hipster nonsense out of the lot. What is it with Iceland this year? Half those acts look like they belong to various underground sects.

Oh please not the hipster nonsense. Obviously I’m here for the brainwashed perverts from underground sects

I sort of wouldn’t mind the Dimma thing for a bit of variation but what’s with the dreadful slowing down for the chorus routine? Perhaps they were going for a ‘West Coast’ flavour

You missed out the wildcard finalist, which is a pleasant pop song (but obviously not winning)


Íva was pretty special I think. I think the staging goes with the song. I'm not sure how ELSE they could stage it?

PLEASE can Iceland see sense and go with Íva

I think hipster nonsense was actually better in 2017 with an identikit performance and ultimately stronger song. They do seem to have QUITE the fan base so wouldn't rule them out winning this time round.


CURLY SUE on the keytar a highlight. Such star quality.

I'm not a fan of this Daði Freyr thing at all, but the buzz this week has been surprisingly positive - lots of people seeing it for the first time and properly digging it. Iceland might as well just go and send it, and see what happens. While I do prefer the Íva song (but even then, I'm not exactly a huge fan), this would (based on response this week) perhaps have a bigger shot at qualifying. And it could feasibly pick up the Hatari baton from last year, continuing to mend Iceland's reputation at Eurovision after that dark period of the years prior.

I just don’t GET the whole Daði Freyr thing...

But then I also find Napoleon Dynamite excruciatingly unfunny and I feel like that might be the vibe it’s going for.

I'd be reasonably pleased with all of these bar the rock one, but not overwhelmingly happy with any of them.

Jacques said:
The hipster nonsense seems to be gaining buzz on Eurofan Twitter which is both confusing and concerning me

PLEASE can Iceland see sense and go with Íva
Click to expand...

I love it! It’s clearly a potential top ten? I do love a bit of NINA atop.

Sidebar:Russell Crowe just tweeted his fandom of it (Daoi Freyr, not Nina)

Much as it's not for me, I do think Thing About Things should go given the buzz it's receiving. Anything else would feel like a missed opportunity.

It seems most likely to continue to rehabilitate the Icelandic national selection and keep attracting interesting left-of-centre acts too, which can only be a good thing in the long run.

I think Think About Things is great!

VoR said:
Much as it's not for me, I do think Thing About Things should go given the buzz it's receiving. Anything else would feel like a missed opportunity.
Click to expand...

I've been advised to give it another go but with the added penny-drop of the music video, to help it sink in. So I'm gonna do that at some point between now and the final.


VoR said:
It seems most likely to continue to rehabilitate the Icelandic national selection and keep attracting interesting left-of-centre acts too, which can only be a good thing in the long run.
Click to expand...

Indeed. And then with Russell Crowe showing his support on a scale that's far beyond just Iceland, who knows what ripple effect that could have on bigger acts in other territories, too. Could those ripple waves even reach British shores one day?...

The Russell Crowe tweet looks suspect as FUCK. Who tweets something that just says ‘song’? plus he has NEVER shown an interest in Eurovision before. And the article is in fucking DUTCH. There is no WAY he came across this himself.

There’s something going on about this that doesn’t seem quite right, but it’s amazing how a bit of hype that is created can have an effect on people’s opinions.

Who knew that selection rigging would be happening in ICELAND

Kalabaliken said:
The Russell Crowe tweet looks suspect as FUCK. Who tweets something that just says ‘song’? plus he has NEVER shown an interest in Eurovision before. And the article is in fucking DUTCH. There is no WAY he came across this himself.

There’s something going on about this that doesn’t seem quite right, but it’s amazing how a bit of hype that is created can have an effect on people’s opinions.
Click to expand...

You're certainly right about that - I've revised my opinion in the last 7 hours to badly wanting Daði to win and despising the other four.

Kalabaliken said:
The Russell Crowe tweet looks suspect as FUCK. Who tweets something that just says ‘song’? plus he has NEVER shown an interest in Eurovision before. And the article is in fucking DUTCH. There is no WAY he came across this himself.
Click to expand...

He hasn't shown an interest in Eurovision here, either. He's just shown an interest in the song. And if he was being paid (is that what you're implying?) to share it, I'd imagine that the copy that he would be asked to tweet alongside the track would say a little bit more than just 'song'.

Friends send me links to songs I might like all the time, too. If I like them, I usually share that link also - whether it's in Dutch, English or Urdu. I don't see what's so suspect about him being into this. He's in a band - he digs music.

She's changed her mind and is now singing in Icelandic.

Oh thank goodness. The hidden beings have probably had a word

That hipster thing is bringing exactly the same vibes as The Roop.

Hipster nonsense all the way for me, I’m afraid. It’s got ‘fan favourite’ written all over it.
You must log in or register to reply here.