I can remember going to gran's house and there often being a pan of trotters boiling on the hob.

How did I miss the MEMO for this thread?

Lucille said:
I’ve had a pig’s head terrine which wasn’t too dissimilar which was DELICIOUS.
Click to expand...

it's the CHEEKS that have the juiciest meat! 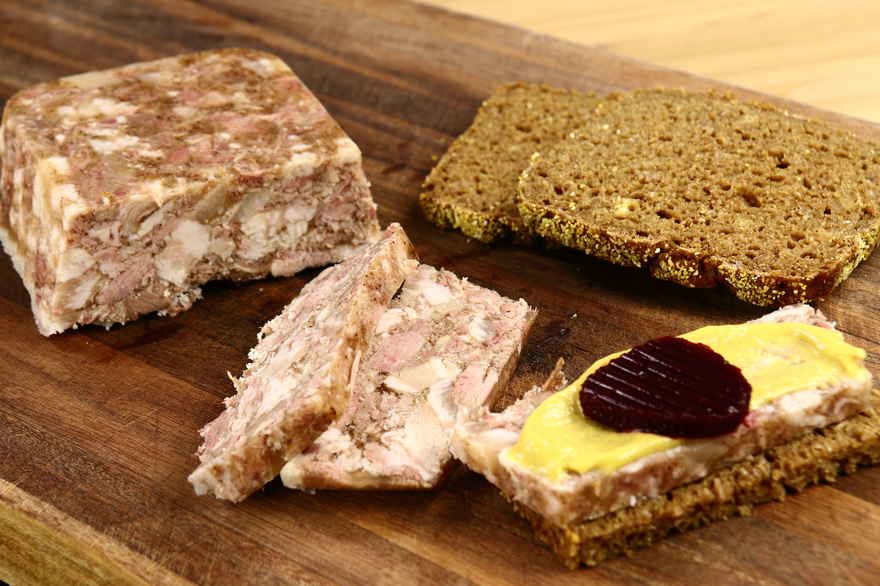 I quite like celery. I mean it's hard to get EXCITED about, but I'll happily eat it.

Mr L will only eat it if it has been DESTRINGED though, and I'm not fucking doing that for him.

And I'm assuming no Stargazy Pie either

Kate said:
If I’m perfectly honest I would probably eat most things in this thread if I was hungry and they were plonked in front of me (and didn’t have fucking celery in) but THIS makes me feel genuinely ILL
Click to expand...

I’d probably just scrape the sauce and ham off, eat that, and bin the nanas

Kate said:
And I'm assuming no Stargazy Pie either

Also known as POUBELLE PIE at Bistro Z&K because that’s the only place you’ll find it. (Although the pastry will have obviously been eaten by the glamorous proprietors

Is that the rebranded staff canteen at LecterKate Industries?

Has the delightful METTIGEL been mentioned? Raw minced pork shaped into a hedgehog, so cute (and what could go wrong with raw mince at a buffet?)

Kate said:
LecterKate Industries sadly went into administration some years ago due to both directors drinking away the profits

And if you're not careful, Jus-Rol will become your new drug of choice.

Speaking of EN CROUTE, I picked up a nice BALTI PIE from Tesco yesterday. Looks kind of good

Debbie Jellinsky said:
Has the delightful METTIGEL been mentioned? Raw minced pork shaped into a hedgehog, so cute (and what could go wrong with raw mince at a buffet?)

Debbie Jellinsky said:
(and what could go wrong with raw mince at a buffet?)
Click to expand...

Eurgh reminds me of the time I ate Beef Carpaccio from the buffet of a hotel I was staying at in Mexico...

Debbie Jellinsky said:
Has the delightful METTIGEL been mentioned? Raw minced pork shaped into a hedgehog, so cute (and what could go wrong with raw mince at a buffet?)

JESUS. Trichinosis all round! I assume that is raw onion as well?

Lucille said:
Eurgh reminds me of the time I ate Beef Carpaccio from the buffet of a hotel I was staying at in Mexico...

I spent the night on the toilet INCAPACITATED, then had to go up a mountain the next day to go ZIP-LINING, DONKEY TREKKING, and MEZCAL TASTING.

See, the water would have done that for me. But a bit of raw meat or fish, no problem.

Lucille said:
I spent the night on the toilet INCAPACITATED, then had to go up a mountain the next day to go ZIP-LINING, DONKEY TREKKING, and MEZCAL TASTING.
Click to expand...

Let me get this call out of the way and then I'll tell you about the time I got food poisoning in Thailand mid way through a SCUBA DIVING course.

Kate said:
JESUS. Trichinosis all round! I assume that is raw onion as well?
Click to expand...

Of course it's raw onion, wouldn't be the same without! I might have eaten that on a few occasions as a child, I don't think I ever got sick from it...

big ron said:
Let me get this call out of the way and then I'll tell you about the time I got food poisoning in Thailand mid way through a SCUBA DIVING course.
Click to expand...

so hot for this right now

big ron said:
Let me get this call out of the way and then I'll tell you about the time I got food poisoning in Thailand mid way through a SCUBA DIVING course.
Click to expand...

I've been edging hard for three quarters of an hour

We were in Koh Tao and had been in Thailand for a few months, anyone who's done the same will tell you that while all that lovely Thai food is nice and all, sometimes you just fancy something else.

We were 2 days into 3 days of our first PADI course, planning on doing more after including a night dive. I'd been so excited about learning to dive and was buzzing, even if I did have to be weighed down because 'I had big lungs' and despite the fact on the first days dive I was mindless drifting up towards the dive boat propellers and had to be pulled back from being brunoise.

That night we went out for some food with people from our course and I decided to have chilli con carne for a change. Can't go wrong with a bit of chilli. Turns out that must have been in the fridge for some time, rolling around with raw chicken, because midway through dive 2 of the day I farted and let's just say my wetsuit suddenly got a lot warmer. I didn't dare look behind me but I had to cut the day short because I was in agony.

I ended up spending the next 72 hours hallucinating, shitting and vomiting in our bungalow before triple dropping Imodium and spending the rest of the day travelling back to Bangkok genuinely thinking my stomach was going to explode mid air as I was that bunged up. Stick to Pad Thai kids.

I wrote a story about it but I can't access it online because someone hacked the site, which is a shame as its one of my best bits of writing.

Oh hang on, I've found it in a feed on Wayback. I was clearly reading a lot of Hunter S Thomspon at the time:


It was roughly 12.45 yesterday when I felt the first stirrings, a low level rumbling deep within my inner core. An intestinal seething, anger rising from the bowels. Every dinner time is a gamble out here, a game of culinary Russian roulette, that’s the price you pay for freedom, or so I am told. Something was different this time though, I could tell by the urgency, a clammy wave of fear swept over me, a primal instinct to find a hole in the ground and bury the shame that was soon to leave. After rushing to the nearest bathroom my darkest fears were confounded, this was most certainly war.

It didn’t take long for the next attack to strike, great pains from inside, perspiration forming into glistening beads, tumbling down my warming fore. Surely the temperature is rising in here? What sort of insane bastard turns up the heating in a bathroom in the middle of a tropical day? Not to worry, our room isn’t far, a mans home is his castle and no matter how temporary the castle, and there’s only one man who holds the air con control.

It was a pained dash back to the dwelling, in a moment of madness days ago we had decided to stay atop a small mountain, the incline was evil, the sort of hill that made your calves burn just from a glance. None of this mattered though, there was only one objective to focus on, the sanctity of the toilet. Ignore the aches, remember your targets, keep those goals in focus, one wrong step here could result in disaster.

The climb was tough but victory was ours, the battle won but the war clearly not over. The waves kept coming, relentless surges from the pit of my stomach, time passed slowly, a strange delirium crept through my mind, tiptoeing in the shadows of my thoughts. The sun set hastily, a little too hastily perhaps, was it trying to hide from the shame of this bizarre charade that unfolded before it? None of this was my business, I had bigger problems to deal with.

At 05:30 there was a change in tactics, natures way had no role in this mindless battle. Re-enforcements were needed, drugs were the only option. There was no way I could muster a recce for supplies, but the machine was at hand, a brave soldier willing to give her life for the cause. The plan was formulated, co-ordinates given. Would this fearless soldier make it back alive? God only knew, it was in His hands, it was our only hope.

By 7.30 the end was near, re-enforcements had been a success, everything was firming up, and by 9am the war was over. Who knows what the future holds now, eating is a long way away but at least its on the horizon. The battle has been brutal, will lessons be learnt? Only time will tell.

Well that's me spent. I feel like a limp old rag.

Mum! Someone’s PERIODED ALL OVER TEA! 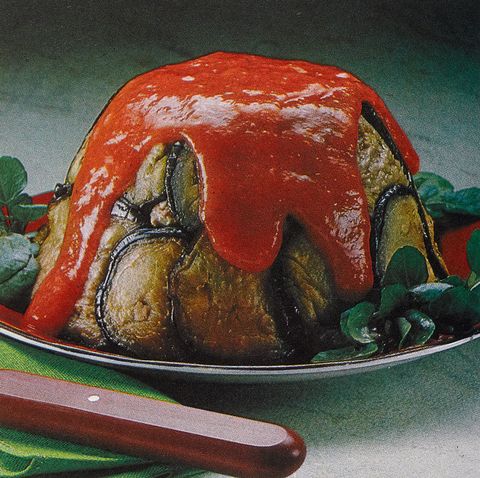 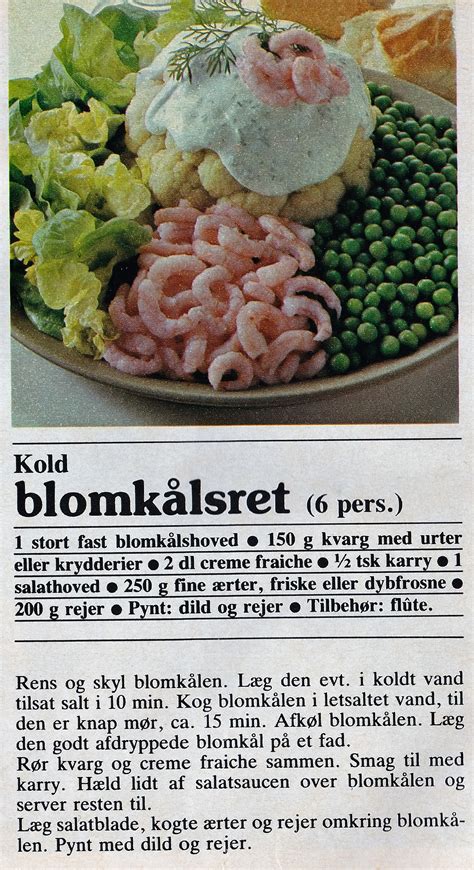 so easy to whip up when you get unexpected (ie unwanted) visitors
Click to expand...

DELICIOUS. Always love a pea and prawn combo. Actually I was offered peas or sweetcorn as a side to macaroni cheese when I was in hospital the other week. Obviously I said no to both, only to be asked, “Do you not like vegetables?” NOT THAT COMBO SVETLANA, I thought
Z

Kate said:
Since the cauliflower has no colour I suspect it's BOILED WHOLE and then the separately grilled burgers slotted in at the end. Then carefully lowered into its delicious cheesy bath.
Click to expand...

Or BAIGNOIRE DE FROMAGE as we French refer to it

True to form tonight's tea is beans and sausages on toast. Sausages from the bean tin, not real sausages.
You must log in or register to reply here.